UPDATE: I’ll be collaborating with the brilliant Jon Aye for this one – check his stuff out at The Sidewinding Beat

Miles, a first year university student, heads out to a party with his friend. He starts talking to various people about his amazing gap year adventures in Borneo, until one girl starts repeating his experiences back to him as her own.

Confused, he moves on, eventually overhearing a conversation about a guy’s rugby injury – an injury that Miles swears is his own – except that when he pulls up his trouser leg to reveal the scar, it’s gone.

He retreats to the bathroom, where he pulls himself together, only to meet someone who looks exactly the same as him coming in the opposite direction.

Miles is totally freaked out at this point, and finds his friend. But she no longer recognises him. People begin to notice items of his clothing that belong to them, then they begin claiming his skin, his eyes and so on. They crowd in, and take everything. When they disperse, Miles is gone.

Panel-heavy (avg. around 8 per page). Quite a busy comic with lots of people who each need to be clearly identifiable. Open to increasing page length to reduce panel density.

This site uses Akismet to reduce spam. Learn how your comment data is processed.

Are you a comics creator? Would you be interested in collaborating on something? I write real good, so if you want a script or an edit, let’s talk! See that contact page there? You know what to do…

Izvalta – a book about alchemy 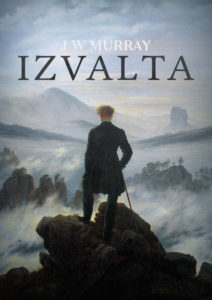